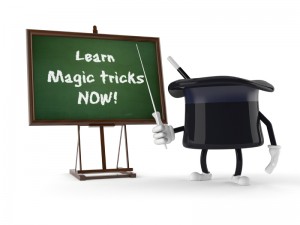 If you are looking to learn magic tricks then you have come to the right place.

If you would like to learn a magic trick each week then simply subscribe using the box below. Each week I will send you a video lesson of a magic trick that is effective yet so simple that a kid can do it. When you subscribe, you get my 3 favourite magic tricks instantly. These are the tricks I use in my professional act and you will be doing them within minutes.

The mind reading trick done on Pat’s podcast is self working if you have the formula. The effect works on a simple mathematical principle however the presentation camouflages the simplicity of the method.

I suggest following the below script pretty much word for word to begin with as there are pauses, breaks in speech rhythm and a strategically placed recap that reinforce the effect and take attention away from the actual method.

Think of any number between 1 and 10 but don’t tell me what it is.
Ok so you have a number in your mind, multiply that number by 9. So if the number you were thinking of was two, you would say two times nine which is eighteen.

You now have a total in your mind and there is a good chase it is a double digit number. I want you to add the two digits together to get a total. For example if the number is 35 you would add the three to the five giving you a new total of eight.

Have you done that?

Now lest’s really mix this up and make it impossible, lets assign a letter of the alphabet to your number.

Do you now have a letter?
You do, good!

lets now totally turn this upside down and add a new dimension to this. Use the letter in your mind and think of a country that starts with your letter.

Do you have  country?

Now to make this totally impossible take the second letter of the country you are thinking about and think of an animal that starts with that letter. 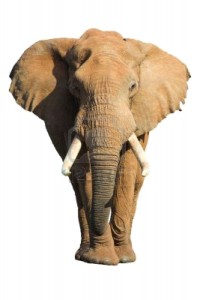 You are thinking of grey

If you wanted you could say “Grey Elephant in Denmark” but I have found the effect has more impact with just naming the colour.

When you strip away the presentation you are left with a simple mathematical process. 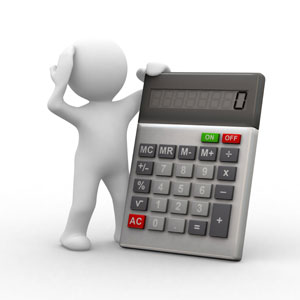 The wording of pick any number between 1 and 10 psychologically makes them only select from 2 to 9.

No matter what number thew pick the digits added together will always take them back to a total of 9. you then ask them to subtract 5 which will always leave them at a total of 4.

Assign to a letter, it is D.

There are not may country’s beginning with the letter D however every now and then (maybe 4 in 100)  someone may select Dominican Republic. Not much we can do about this, the hit rate of people choosing Denmark is so high this almost never backfires however if it does, merely mention that mind reading is not an exact science and leave it at that. I suggest doing this to a group of people as you then increase your chances of at least getting a few minds read.

The second letter of Denmark is e and most people think Elephant when asked for an animal. the trick here is to not give too much time for this selection, if you look at the script you will notice the section where they select an animal is done with pace.

“Now to make this totally impossible take the second letter of the country you are thinking about and think of an animal that starts with that letter.

Got one?
Now think of the colour of that animal?”

By reducing the time they have to consider an animal you reduce the chance for them to explore the more obscure animals such as an eland.

All that is left for you to do is ask them to think of the colour and then you do a recap to throw them off the method and reinforce the impossibility of you knowing the colour. take a look at the recap section of the script and you will notice it only reaps what we want them to remember, there is no mention of the multiplication at all.

You have a colour in your mind that I cannot possibly know.
You chose a number in your mind
You decided on a country and you picked an animal and colour.

So there you have it, a simple yet effective mind-reading trick that you can do.

Magic is an awesome hobby and works really well as a tool for getting people to remember you and your message. If you enjoyed learning this effect then please subscribe and I will send you a new trick each week. the lessons come with a video tutorial with presentation techniques so you can get the most from the performance.