This version is self designed using magic wands. If you are talking about the most recognized magic symbols out there, a wand would be in that conversation. Children love it when they believe they can make a magic wand appear and disappear.

I’m still unsure of the origin of this particular illusion as there are multiple versions out there. The best I have seen is called “Vanishing the Elephant” by Jim Steinmeyer, one of the worlds greatest designers of illusion. Jim made this 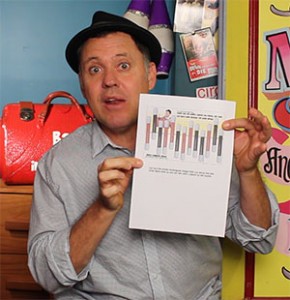 illusion to coincide with the release of his book of the history of magic
illusions titled “Hiding the Elephant“. The book is terrific and I’d definitely recommend you check it out.

To do the appearing wand trick, just print out the free download and use it on the paper or if you want a longer lasting version, glue the download onto some pieces of cardboard for an easier to handle version of this fun trick.

The Appearing Wand Magic Trick is great to keep in your wallet of pocket if you have a younger child that you need to entertain. If you have a few minutes hand, flatten out the folded creases and tell them that you will turn them into an instant magician. Let the child perform the magic trick instead of you. It helps if you tell them to say some magic words and wave their hands over pictures because children generally love the theatrics rather than the trick itself. They will think of you as the coolest person if you help them do tricks like the appearing wand magic trick.

Get your FREE Appearing Wand Cut Out Here!