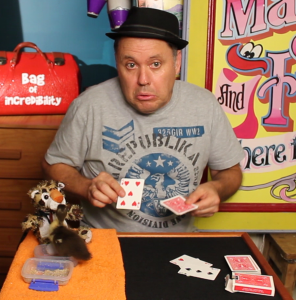 I’m a fan of a well done comedy card trick. Around 80% of the magic tricks I perform include an element of comedy within them. Some people may argue I should reduce this percentage to increase the light and shade within my routines and this may have some merit.

One Of My Biggest Tips Is:

Don’t listen everything that comes from “magic experts”. What I mean is, be selective in what you take from them. The majority of the advice out there is pretty good, but if it makes sense to you and works for you, then makes it your own.

You need to become your own authority for your style of magic. I began doing this years ago after realizing that many of the ‘rules’ of magic I was reading didn’t stand up to the test.

When I began dipping my toes into the waters of card magic tricks, there were rules about finger breaks. The magic books I read stated the measurement in millimeters of the amount of skin fold required between to obtain between the cards. I quickly learned that performing magic tricks in uncontrolled environments such as crowded parties, most of the time you were bumped and the 2mm pinky break vanished and so too was your control of the card during the trick.

I began placing my little finger into the break and since then I have not lost a break. This was not what the magic books taught me, but it worked well for me and thus my magic tricks improved. The point is to learn the rules and use them as a guideline, but don’t be afraid to break them and make your own. Eugene Burger expands on these thoughts in his book titled Mastering The Art of Magic. This magic book is a must read for anyone who wants to better themselves as a magician.

I choose to incorporate a funny card trick more than most as I find audiences are more receptive to them and I find it particularly difficult to do ‘serious’ magic, I find that I start laughing at the wrong times.

Why This Comedy Card Trick Works: 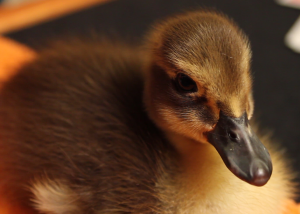 This comedy card trick is built around spelling the numbers one, two, three, four and five. Most younger children have learnt these numbers and it can work with children as young as 6. The suggested target age would be children from 8 years old to 12 years old. This magic trick works especially well for family groups that include parents and a few children so the parents can assist the child if they are having trouble spelling the numbers. This is also the perfect commercial trick and you can make money with this easy, comedy card trick.

If you spot a family at a function, you can easily set the magic trick up as you are walking towards them and it is guaranteed to deliver a big response.

It is important to remember that you are the one who has trouble with the spelling and it’s the kids who will get it right each time. By approaching it this way makes you appear in a very positive light. A warning that if you make the volunteer look bad, you will look stupid and you will be the one who looks bad in the end. Try to make yourself look silly because it will make the comedy card trick funnier and it will also leave a better impression on your audience.