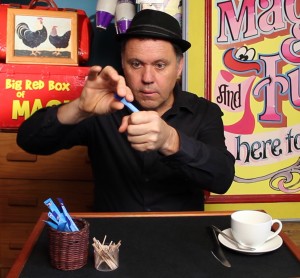 Jean-Eugene Houdin, a famous French Magician from the 19th Century, once said “A magician is an actor playing the part of a magician”. This quote perfectly sums up the disappearing sugar trick.

There have been multiple papers and articles that hypothesize on what Houdin meant. Simply, from the audience’s point of view, it doesn’t matter how great your magic skills are, it only matters that you appear to have exceptional magic skills.

Most of the work done by magicians is done behind the scenes; it does not matter to the audience if the magic trick was completed through years or training and practice or if it was completed with the push of a button.

If there is an easy and a difficult way to complete a magic trick, which way is the best path to take? This question has been much debated over the years and there is still no definitive answer, but it’s an interesting point to ponder. 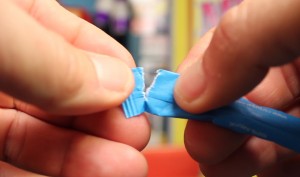 My personal answer is simple. I believe both are valid options. I love magic and the challenge of finding different movements and sleights interest me as I set out to master each of them. I try to avoid making mistakes during a performance as it ruins my reputation and future booking prospects. Most of what I perform is technically quite easy. Even when I have mastered the difficult method, I usually choose to perform the simple method to lower my chances of making mistakes during my act.

The disappearing sugar trick is mainly acting that includes and acting technique known as ‘convincers’. Convincers are a select part of the process that’s sole purpose is to convince the audience that what is happening is in fact true, though the complete opposite is taking place.

There is an alternative method that can be used to complete the disappearing sugar trick that is well known to experienced magicians. I won’t spoil it for those who don’t know but for those who do will know that this version of the disappearing sugar trick uses the TT. For those of you who have magician friends who know this technique, start with the standard magic trick I displayed and place your thumb into your fist, then pretend to do the ‘secret’ move. When the hand is opened, show that the sugar has disappeared and pretend your ‘guilty’ hand is hiding something, when they inquire and ask you to display to them what happened, snap your thumb and finger as if to say “It really has disappeared”. If you are looking to shock your magician friends, this is a great method to try.