The Magic of Harry Blackstone Sr. 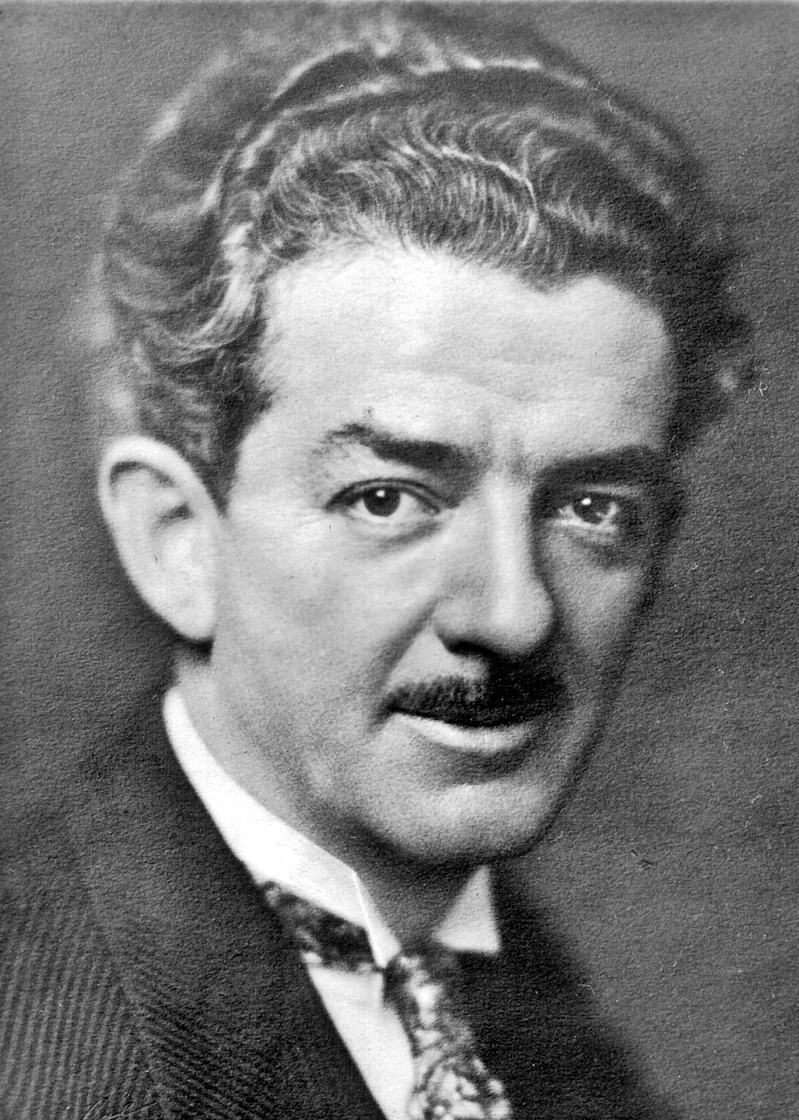 In this week’s History of Magic feature, we take a look at Harry Blackstone Sr who became the most popular illusionist of the 1930’s and was a rival of Harry Houdini. Born in 1875 Blackstone received a magic trick for his 8th birthday that began his lifelong love of magic. He and brother Peter became cabinetmakers and together they put together an act on the vaudeville circuit building their own props. As a result of purchasing a deceased magicians full illusion show, enabled Blackstone to now incorporate these illusions in his stage show. He also became an accomplished sleight of hand performer. His brother was responsible for designing and building many more illusions for his brother. He also travelled with Blackstone Sr, as stage manager with his well-equipped, mobile workshop and a troupe of assistants.

Blackstone initially performed under the name of “Fredrik the Great” but with the advent of World War 1, the German name began to affect his popularity, so he changed his name to Blackstone after passing a hotel of the same name in Chicago. During the Second World War, Harry performed for the USO at 165 military bases across America. Blackstone then began his career with a large scale travelling illusion show that also included smaller magic tricks, performed with volunteers on stage with him. His immense popularity spawned a Blackstone radio series called Super Magician and the comic book titled Blackstone Master Magician and he was indeed a master of his craft. In 1948 – 1949 Walter Gibson produced the radio series Blackstone the Magic Detective under Blackstone’s direction. For a number of years Blackstone ran a series of magic tricks for the Popular Mechanic’s Magazine. His show consisted of many male and female assistants in uniform and he had a full orchestra. He was described as an elegant, courtly performer who often performed in white tie and tails. He was always the consummate, gentleman magician.

Blackstone’s notable illusions included the vanishing horse, various escapes similar to Houdini’s, the dancing handkerchief, the vanishing bird cage, the floating lightbulb, and his open sawing in half with an intimidating buzz saw blade nearly 4 feet in diameter. He would invite children on stage when performing the vanishing bird cage with a canary inside. With the children’s hands on the cage, he would lower the cage, flip it up and it would vanish. Another spectacular illusion was his floating lady who while reclining on a couch covered with a cloth would rise slowly in the air. Blackstone would pull off the covering to find the lady had vanished. As a contrast a woman would step into a cabinet in front of many bright fluorescent light tubes. Suddenly he would push the front panel of the box housing the lit fluorescent tubes into the cabinet with the lit fluorescent tubes seemingly passing through the woman’s body, so that the tubes protruded at the rear of the cabinet.

It is from dedicated illusionists like Harry Blackstone that we have learnt many lessons on how to design and develop the illusions we see performed today. Without the patience and ingenuity of these earlier performers we would not see the grand illusions we see today. His famous illusions helped build his fame and fortune.

In 1985 Harry Blackstone Junior, his son donated his father’s famous Floating Lightbulb to the prestigious Smithsonian Institute. This was the first magic donation the Smithsonian ever accepted. The special lightbulb was actually designed by Thomas Edison. Harry would remove a lighted bulb from a lamp and float it while still glowing through a small hoop. Walking down among the audience the light globe would float above the heads of the amazed audiences. It was an awesome spectacle in a darkened theatre. 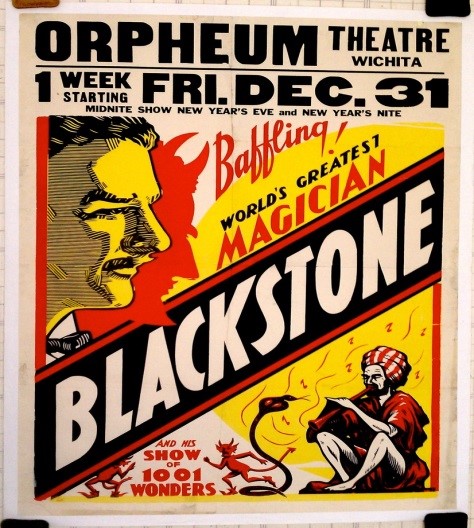 Among his prettier stage effects were the production from under a foulard of countless bouquets of feather flowers that would appear filling the stage with a riot of colour and spectacle. He called this illusion ‘The Garden of Flowers’. Another unusual illusion was to push a girl inside a stack of motor car tyres, then would attempt to pull her out but only her costume came out. The empty tyres were rolled across the stage by assistants and stacked up one on the other. A rope was lowered into the stack of tyres and when raised, the lady would reappear but fully clothed in a different costume.

With the coming of motion pictures this gradually brought about the decline and eventual end of Vaudeville and with it, the demise of the wonderful illusions shows. Blackstone was surely the greatest showman of the 20th century. For a short time he linked up with Abbotts Magic, the famous magic dealer in Colon Michigan where they manufactured and sold magic props, but this was a short lived venture for Blackstone who was called upon to re-present one night theatre shows for a while. He eventually retired and spent his last years doing close – up at the now famous Magic Castle in Hollywood. He passed away in November 1965 at age 80 after 60 years as a professional entertainer. Harry Blackstone Senior is now memorialised in two official markers in the state of Michigan. One is the American Museum of Magic in the town of Marshall Michigan and the other is in Colon Michigan. He lies buried at the Lakeside Cemetery in Colon, a place synonymous for all magicians because of Abbotts Magic Store who holds a convention there every year. Long gone but never forgotten in the history of magic: The Great Harry Blackstone Sr.