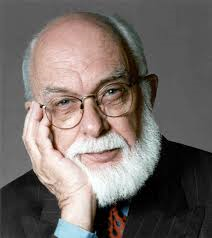 His early career really started as a night club mentalist under the name of The Amazing Randi, then having been inspired by Harry Houdini trained as an escapologist. He performed many straightjacket escapes, could free himself from chains, manacles and handcuffs and would escape easily after being securely roped and tied to a chair with long lengths of rope. He was also able to escape from being locked inside a steel safe. While it is very difficult to break into a locked safe, what is not so well known is that it’s not as difficult to escape from inside a safe. James Randi made some spectacular escapes from jail cells and while hanging upside down in a straight jacket over Niagara Falls. He travelled extensively to different countries and throughout Canada and the United States as a performer of renown.

After a very successful magical career he retired from stage work at 60 to devote his time and efforts into exposing fraudulent psychics and those claiming to have paranormal powers. He has had numerous television series and appeared many times on the Johnny Carson T V show, (Carson is also a magician). Randi is a prolific author with many books to his credit on magic, the occult, pseudo-science and is a sought after global lecturer. He has been called a ‘debunker’ but prefers’ investigator’. He is extremely knowledgeable about the trickery, scams and methods used by people who claim supernatural or paranormal capabilities. In 1976 Randi in collaboration with Ray Hyman and Martin Gardner established the ‘Committee for Investigation of Claims of the Paranormal’ (CSICOP).  Randi has exposed many so called psychics like Ted Serios and James Hydrick. He can be very outspoken on subjects that are dubious like UFOs or topics without scientific verification yet still attract many susceptible adherents.

The Amazing Randi vs Popoff & Geller:

One of his most dramatic exposures was of the U S televangelist, the Rev. Peter Popoff who ran a massive spiritual healing programme where he duped thousands of gullible churchgoers by claiming Divine communication with Jesus, healing the deaf, the lame, vision impaired, cripples and folk with life threatening diseases. As he called forth members of his massive congregations, he was able to give their full names and address and their afflictions. Each person seemed to forget that they had given all their details on the admission cards before the service that were then transmitted secretly by his wife off stage by means of an electronic transmitter. Randi noticed that for a pastor who wore a ‘hearing aid’ he seemed unable to cure his own deafness while claiming to cure his congregation of theirs. After the shame of exposure and blatant theft of millions of dollars from all those who attended his huge rallies and religious healing sessions with the words,” By 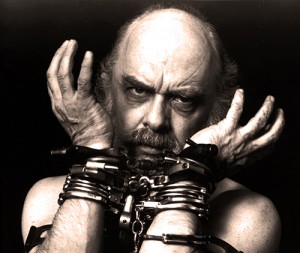 giving generously you will be rewarded tenfold”. The Rev. Peter
Popoff disappeared for a while and then re-emerged once again, brought back by the misguided thousands of devotees who still believed he had divine powers to heal them.

In 1972 The Amazing Randi entered the brighter spotlight when he challenged the claims of Uri Geller by alleging he was a charlatan and fraud who just used standard magic tricks to accomplish his alleged paranormal feats and presented his claims in his book, “The Magic of Uri Geller”. Randi’s book was endorsed by Leon Jaroff the senior editor of Time Magazine, Carl Sagan, and many other reputable magicians and celebrities from the world of science and journalism.

Then in 1991 Geller sued Randi and the CSICOP for 15 million dollars and lost. The suit was thrown out in 1995 and Uri Geller was ordered to pay $120,000 for filing a frivolous lawsuit. James then went on to write many articles criticizing claims and beliefs about paranormal effects and the flaws in the scientific studies and examination of so called psychics. He now appears on many TV shows as a guest speaker and lectures around the world warning of the dangers surrounding people who make false claims. Magician and TV host Johnny Carson called Randi just prior to an interview with Geller requesting advice. Randi spoke to the back stage assistants to make sure that Geller never came in contact with any of the cutlery and props to be used on the show. The staff complied and the interview went off with Geller claiming he was ‘unwell’ being unable to demonstrate any of his powers. James Randi, although criticized by some, continues to monitor and make people aware of the traps and susceptibility of people towards false claims. Barbara Walters became an ardent believer and Geller cult fan despite all the exposure of his tricks, methodology and weird, false claims, yet Randi duplicated everything for the lady.

The Amazing Randi has himself been accused as being a psychic fraud while demonstrating some of Uri Geller’s tricks. A professor from Buffalo University jumped up shouting that he was a fraud. Randi replied, “Yes indeed I’m a trickster, a charlatan, fraudster and this is what I do for a living. Everything I have done here is by trickery” Whereas the professor shouted back, “No that’s not what I mean, you’re a fraud because you are pretending by using trickery but using your psychic powers and misleading us by not admitting it”. It is amazing that so many academics fail to recognise when they are being duped or tricked. 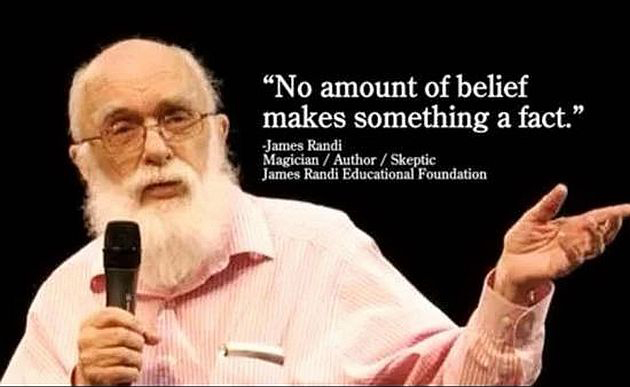 As many magicians will tell you that it is often easier to fool academics or highly trained professionals with magic than it is children. Any magician would be naive to make outlandish claims about his magic tricks being other than just tricks and although we perhaps tell a few fibs and make false statement about what we are doing, audiences love to be fooled by a magician.

The magic fraternity is grateful to the Amazing Randi for his strong stand against those who make false claims, just as Houdini and Dunninger did for us all those years ago by exposing frauds. The James Randi Foundation offers one million dollars to any person who can prove conclusively some phenomenon they can exhibit is definitively by psychic means. To date and after countless tests, not one person has managed to persuade the committee they have paranormal power or been awarded the million dollars. I feel confident that the money is in safe custody and will remain so indefinitely. Randi will be remembered in the history of magic for his ongoing dedication in unmasking frauds and cheats who often unscrupulously dupe people into parting with large sums of money. His work maintains that the craft of magic remains highly respectable and one of the noblest of the performing arts. It’s often fun to be fooled by magicians but not to be blatantly deceived by frauds.