The Magic of Stewart James

Although the name Stewart James was vaguely familiar to me, it was only after learning a terrific card trick called “Further than that” created by the man that I began a search for information about this extraordinary magician. The creator of over 400 magic tricks and magical plots and the author of a number of excellent manuscripts, Stewart James is one of the most prolific inventors of the 20th century and perhaps in the history of magic. His ideas and concepts have been adopted by countless magicians worldwide. As proof of his genius, he has been described as a real life magical mastermind. He developed an uncanny ability to create outside the box. Strange that such creative thinking came from a man who had the minimum of education finishing school when he turned 15.

The Early Years of Stewart James:

John Stewart James was born in Cortright Ontario on May 4th 1908 where he spent most of his life. Although a skilled magician, he became a postman that he dutifully fulfilled for 21 years. He performed for the allied forces during the Second World War during his tour of duty. His childhood was not easy with strict parents who restricted his upbringing without playmates or friends or any of the usual freedoms of youth. He was often confined to the verandah of his home. His loneliness led him to focus on “Imaginary friends” and he discovered his first magic trick at age 7 that he found in the “Boys World Magazine” called The Knot of Enchantment. He gave his first show aged 9 in a local small hall. Despite his parents discouraging his interest in magic, he secretly pursued his interest with his imaginary friends working on new ideas and methodologies. His focus was very much on ropes and playing cards and with his ‘friends’ he was able to escape into his virtual reality world to discover, create and invent. He published his first trick in 1926.

One of his more memorable effects occurred at a meeting of the Piff Paff Poof Society of Magicians on September 1938 where he wrote the prediction, “World War threatened – Germany attacks Poland” on a piece of paper that was locked inside a wooden box that was in turn soldered shut inside a metal box. Exactly a year later the box was unlocked by Fort Eyrie’s chief of police when the local newspaper headlines read,” World War Threat – Nazis attack Poland”.

Throughout his life his ideas and writing continued and he began to submit articles to the IBM Linking Ring Journal and the Jinx Magic Magazine. For many years his Linking Ring articles were only available to members of the International Brotherhood of Magicians. Most of his famous magic tricks have stood the test of time and still performed today. Notably they included: A Match for Gravity – Spell Mystery – Miraskil- Audio -Hypnosis – Face up Prediction –Further than that –Headline prediction – Robot deck – Go Bak Card Mystery – Vaculate – and 51 Faces North, and dozens of others. If the reader were to Google Stewart James Magician, a full description of the above magic tricks will be found that will give a far greater insight into the brilliant, magical mind of Stewart James.

Later in his career James began to give us self-working magic tricks (the antithesis of what are known as heavy-sleight magic). This attitude was a direct contradiction towards a strong traditional bias held by many mainstream professional magicians. A few disagreed with James and consider self- working magic to be less impressive than advanced magic that requires dexterity, 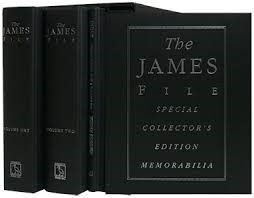 manipulation and sleight of hand. It is my personal view that if the same effect can be achieved by sleight of hand and self-working methods, then I would probably opts for the self- working method and put the effort into presentation. The audience should never be aware of the modus operandi anyway where the outcome is the same. In 1990 well known magician/author Alan Slaight wrote Essential Stewart James – The first 50 Years with hundreds of original inventions in a huge 1025 page volume of Stewart James work.

A second volume titled “The James File” published in 2000 features even more material, and then in 2007 we saw “The Essential Stewart James” published. Within these 3 large volumes there are 2,700 pages of real magic wisdom. I am merely the proud owner of a rather more modest book titled “The Encyclopaedia of Rope Tricks” compiled by Stewart James through Abbott Magic that in itself is a wealth of wonderful rope magic. Canada now hosts an online museum dedicated to Stewart James that takes one through the various facets of Stewart James life and achievements and traces this humble yet dedicated magician’s legacy to the world of magic. Google search for Stewart James Magicana or Moore House, it is a fascinating journey you will enjoy and a fitting tribute to his memory.

The lesson to be learnt here is that although his material and concepts were sometimes stolen, we should always respect and credit the origin of his and other creator’s material and magic tricks we use.

Despite his limited education, Stewart seems to have had very much a mathematical thinking mind, as shown by his understanding of mathematical principals and self-working methods that he ably adapted to card magic routines. This is seen in his comprehension of the many numerous ways of stacking a deck of 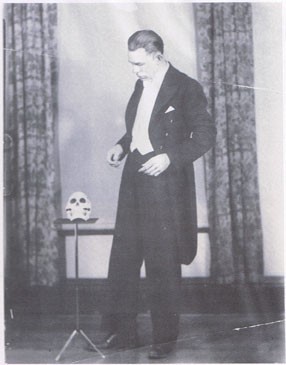 cards. His use of mnemonic systems and the simpler C-H-A-S-E-D principal become very evident in his work. I would think that for the serious minded magician, reading Stewart James would be essential. Stewart James passed away aged 88 on November 5th 1998. This quiet natured gentleman of magic has left us a legacy that will be graciously remembered. Few magicians before have ever left us such practical and worthwhile material.

In conclusion, I would like to describe the very trick that influenced me to learn about Stewart James with the hope that it stimulates you to search and find out how to perform it. Your search could be rewarded, as the dealers might say, “Easy to perform, No sleight of Hand and practically Self- Working”. It’s called “Further than that “.

A deck of cards is shuffled a number of times and a spectator is invited to cut the deck and then select a random number between 10 and 20. The digits are added together to arrive at a third number and a random card. Memorising this card, the deck is reassembled and the performer then divines the freely chosen card. Cutting the deck, he now attempts to find the selected card by spelling the words Ace / Spades one card for each letter and ends up locating the Ace of Spades. The cards that spelt Ace are turned over to show they are the other 3 Aces, while the Spades spelt cards are turned over to show them all Spade cards. The magician then deals down the next 4 cards on top of the Ace of Spades that become a Royal Flush and nothing beats a royal flush in spades. You will love this trick just as I do and it’s not hard to find. In fact, it’s not much “further than that”.