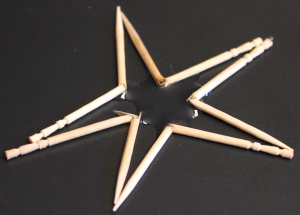 Many magicians find they get sucked into the false belief that complicated and harder equals better magic. This is often far from the truth. The problem in seeking harder and harder magic tricks is that you often overlook the easy because we, as experienced magicians, think that no one would be impressed by simple things.

This instant star magic trick is completely self working. All you need to do is follow the steps and it will happen. It just looks so magical. There is something about stars that touches us at a deeper level too. All in all this simple little science trick gets great reactions and it is a PERFECT magic trick to teach people. The instant start  works by a scientific principle called Capilliary Action.

Here’s a quick breakdown from a science based journal: 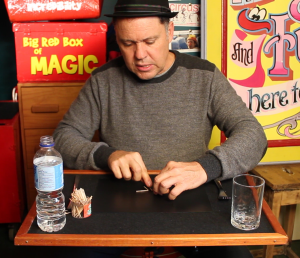 Capillary action, or capillarity, is the ability of a liquid to flow against gravity where liquid spontaneously rises in a narrow space such as a thin tube, or in porous materials such as paper or in some non-porous materials such as liquified carbon fibre. This effect can cause liquids to flow against the force of gravity or the magnetic field induction. It occurs because of inter-molecular attractive forces between the liquid and solid surrounding surfaces; If the diameter of the tube is sufficiently small, then the combination of surface tension (which is caused by cohesion within the liquid) and forces of adhesion between the liquid and container act to lift the liquid.

I don’t know about all that scientific talk, I just like watching the instant star’s magic effects happen and watching the reactions.

I’ll tell you how much I like this magic trick. It is one of the ones I use in my regular teaching sessions I do in schools.

If you want to know how to teach magic in schools, community groups, church groups, after school care, summer camp etc, then check out my KaChing teaching magic guide.