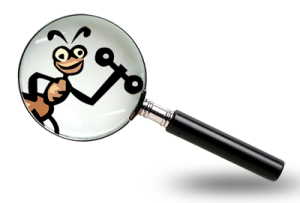 This magic lesson covers an easy to do rubber band magic trick that has a lot of audience appeal. This can be an impromptu magic trick that I am so fond of as you can find a rubber band almost anywhere. Senor Valdez came from an idea I has after one of Jay Sankey’s videos where he makes reference to a great ventriloquist named Senor Wences. I started saying his name over and over again and I simply changed it to Senor Valdez. It seemed the perfect name for a little bed bug who could do feats of super human strength. I also love animating objects and giving them a little life of their own. It lets you put some character and a story into your magic routines.

If you watch in the video, near the end of the routine, where I give Senor Valdez a big round of applause. It is here that 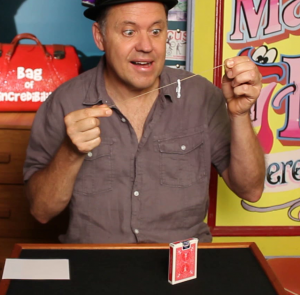 I seem to accidentally squash him. Take note of where my shoulders are when I start clapping. They are high up. I purposely hold them there for this part. When I realize I just squashed him I release the pressure and drop my shoulders in an exaggerated way. This is almost cartoon like and really helps drive home the small bit of theatre happening in this moment. A lot of small attention to detail adds up to quite a lot of performing technique over the length of your magic routine.

You can find the Halloween Magic Trick here. It won’t be a great stretch of your imagination to work out how you could include Senor Valdez into this magic trick. He could do a series of impossible feats. One with a rubber band and one with a drink bottle.