The Magic of Al Koran 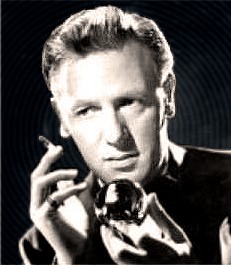 The name Edward Charles Doe may not mean much in the history of magic, but the name Al Koran most certainly does. He was born in Upper Clapton East London on March 4th 1917. As a 12 year old youth Eddie Doe watched street performer Pins Draper working in Petticoat Lane. He became hooked on magic and for helping Draper carry his bags and acting as a stooge, Draper taught Eddie a few simple tricks and basic sleight of hand. This was Koran’s introduction to sleight of hand for which he became well known around London before developing his interest in mentalism. He became a men’s hairdresser of note yet the urge to perform professionally grew ever stronger. During the Second World War he served as a Paratrooper but was shot down three times and spent long periods in hospital. It was not till 1947 that he developed a stand-up act that was to become a sought after cabaret act in local clubs and on the hotel circuit.