The Magic of Burling Hull 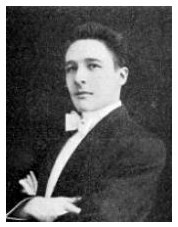 When I was in my youth, one of the first items I acquired was a deck of cards called the “Svengali Deck”. It’s a deck with one same value card repeated throughout, alternating with different cards. The deck is gimmicked that allows many different effects all done without sleight of hand. The Svengali Deck is said to have been originated by Burling Hull who was born Burlingame, Gilbert, Gault Hull on September 9th 1889 in Brooklyn New York City. He patented the deck in 1909 but many detractors claim the deck was around well before this time. The Svengali deck became famous at state fairs and carnivals where magician’s like Marshall Brodien sold millions of these decks as a pitchman. The decks are sold even today by buskers all over the world. In the history of magic, Burling Hull is also known to have invented about 50 different magic tricks that could be performed using the Svengali, which for most magicians has become an almost essential deck of cards. It is also known as a great forcing deck.