The Magic of Criss Angel 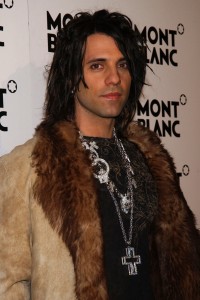 In this week’s History of Magic, we turn our attention to Criss Angel. No introduction is probably needed for this performer who is credited to have appeared on more television shows with his magic than any other living magician. He has broken many world records, performed hundreds of stage shows and illusions and continues to amaze his audiences with his bizarre magic that bewilders and enthrals people. Criss Angel began his magical career in New York where he was born to Greek parents on December 19, 1967. He performed his first magic show at age 12 for which he was paid the princely sum of $10. He spent his high school years performing in New York restaurants and his first illusion was floating his mother in their home. By the time he finished high school he had decided to even then become a travelling performer with other travelling acts. He made magic really cool.