The Magic of John Henry Anderson 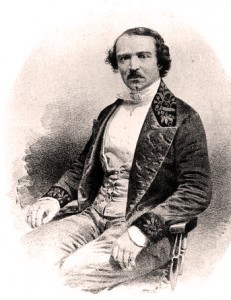 Featured in this week’s History of Magic is John Henry Anderson (1814-1874), a professional magician who was born in Scotland but was orphaned at age 10. He is credited with helping to bring magic from street and country fair performances into theatres and uplifting the art of magic to a whole new social level. At an early age he joined a travelling drama group but began to perform magic at age 17. A good lesson can be learned here of the advantages of magicians joining a theatrical group to gain stage experience and theatre knowledge, something we magicians often tend to neglect.