The Magic of Kalanag 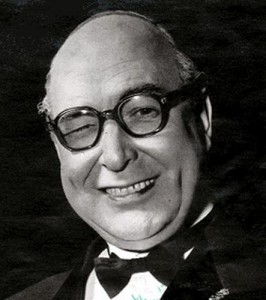 In this week’s History of Magic, we focus on who is probably the most famous German magician / illusionist, Kalanag. Kalanag was born Helmut Schreiber in Fornsbach near Stuttgart in 1903. Although famous throughout his broad career he had a rather problematic background. Despite his achievements as a grand stage illusionist, his reputation and props lay in tatters, as his career came to an end. Helmut Schreiber prior to the Second World War was involved in the German Film Industry and was president of the German Magic Circle and editor of the German Magic Magazine ‘Magie’. Only towards the end of his highly successful career did  it became known that he had a close sympathetic interaction with high ranking members of the Nazi party that included Joseph Goebbels, Hermann Goring and the Fuhrer himself. At the end of the war he built and developed a lavish illusion show revue that travelled the world. It became one of the last great spectacular touring stage shows of the 20th century. He took the name kaala naag from Rudyard Kipling’s ‘Jungle Tales’, as he thought Westerners may have trouble pronouncing the name Schreiber. His show was also sometimes known as the Sim Sala Bim Show.