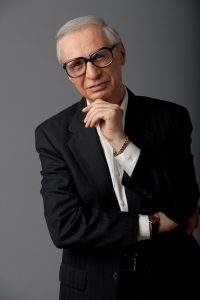 Named George Joseph Kresge at birth, Kreskin was born of Italian and Polish parentage on January 12, 1935 in Montclair, New Jersey. He was to become and still remains a remarkable performer as a hypnotist / mentalist specialising in “thought reading.” Kreskin has been at the forefront of psychological mentalism and hypnosis shows for over four decades now, and he continues to amaze and bewilder his audiences with his supposed powers which he assures is not brought about by paranormal or clairvoyant means. He distinctly dislikes being called a ‘psychic.’
END_OF_DOCUMENT_TOKEN_TO_BE_REPLACED