The Magic of Paul Daniels

Sadly Paul Daniels passed away on Thursday 17th March 2016. He will be missed.

An Intro to Paul Daniels: 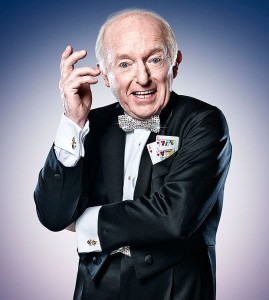 Through the centuries, Britain has produced a number of very famous entertainers. One of the better known magicians in the recent history of magic would undoubtedly be Yorkshire-born (April 6th 1938 and passed away 17th March 2016) Paul Daniels who became a familiar face on our television screens during the years 1970 to the 1990’s. Paul Daniel, born Newton Edward Daniels, became interested in magic after reading a book ‘How to Entertain at Parties’ when he was aged 11 and knew at that stage he truly wanted to be a professional magician. His father was a cinema projectionist then a grocer that prompted Paul to start his own grocery business. He spent most of his evenings and spare time performing at parties for servicemen, having been a national serviceman himself and also performed in local clubs. Working Men’s Clubs were the starting place for many entertainers and to survive these tough venues gave many magicians a really sound grounding for the entertainment business. Constantly being heckled, Paul came up with a long running catchphrase “You’ll like this – Not a lot –But you’ll like it”.