The Magic of Stewart James 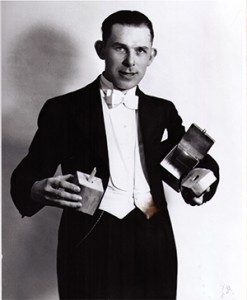 Although the name Stewart James was vaguely familiar to me, it was only after learning a terrific card trick called “Further than that” created by the man that I began a search for information about this extraordinary magician. The creator of over 400 magic tricks and magical plots and the author of a number of excellent manuscripts, Stewart James is one of the most prolific inventors of the 20th century and perhaps in the history of magic. His ideas and concepts have been adopted by countless magicians worldwide. As proof of his genius, he has been described as a real life magical mastermind. He developed an uncanny ability to create outside the box. Strange that such creative thinking came from a man who had the minimum of education finishing school when he turned 15.